As a Game Designer I am driven by an innate curiosity and fascination with puzzle solving. From a background in physics and programming, through a plethora of hobbies and interests both artistic and technical I have an unending thirst for knowledge. I am a firm believer of straddling the line between the creative and the technical and when I work on balancing, mechanics or level design I try and focus both on the numerical backbone of the gameplay scenarios as well as the aesthetic veneer that makes them a joy to play through. I also have creative experience writing dialogue, designing quests as well as a love for the social aspect of cooperation and communication when working in a  team.

Currently I am employed as a Quest Designer on Cyberpunk 2077 in CDPR’s Krakow studio. During my time I was responsible for work on the Nomad storyline, River’s plotline as well as over 10 smaller quests in addition to helping with a variety of other content, including the prologue, Judy’s plotline and more as part of a strike team. I also helped out the Open World team with their content and did multiple cinematic sequences as a cinematic designer, and trained several interns in our editor. Before that I was working at Outplay Entertainment (UK’s largest independent mobile studio), working on a tower defense game Castle Creeps TD, the PvP arena battler Castle Creeps Battle and an unannounced upcoming title. Previous experience includes published game articles and short stories, providing design feedback to several companies, such as Junkfish for their turn-based strategy Attack the Earthlings. My team received the Innovation & Creativity award at the Jamchester 2017 game jam for our Cyberpunk ARG hacking game Congruence. Castle Creeps TD received Best Strategy TIGA 2017 and my Final Year Project, VOYN, received Ninja Kiwi’s More Awesomer 2018 award for systematically breaking down the core principles behind satisfying game feel in 2D action games.

For additional information, please contact me via the below form or using one of the means listed on the Contact Me page.

Industry Insights – Let’s Be Realistic: A Deep Dive Into How Games Are Selling On Steam [GDC 2018] 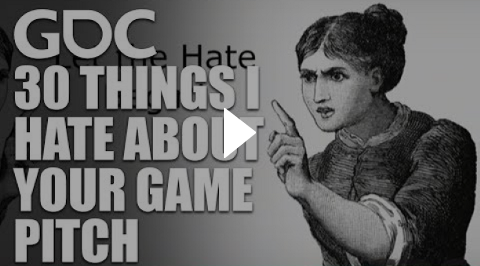